We built this Gold in WA App to help new gold prospectors and metal detectorists find gold in WA and navigate the complex rules and Laws relating to Gold prospecting in West Australia.

Get and Use Gold In WA App

With COVID there has been a massive spike in people travelling within West Australia.

They want new bush and camping adventures that and many want to go metal detecting and find some Gold Nuggets.

We estimate their could be up to 40000 people gold prospecting in WA during the prospecting Season from April to October in WA.

-"Where can I do it legally without fear?"

This app has been built for you so you can have a quick view of where to find gold and the rules for prospecting in WA.

It is a Progressive Web App (PWA) that can be used on Android phones, IPhones and tablets and on your desktop.

The GOLDINWA App can be used as a reference: 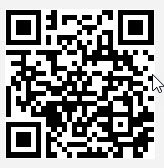 How to scan a QR code IPhone, Ipad

(1) Open the Camera app from the Home screen, Control Center, or Lock screen.

(2) Select the rear facing camera. Hold your device so that the QR code appears in the viewfinder in the Camera app.

Your device recognizes the QR code and shows a notification,

(3) Tap the notification to open the link associated with the QR code. (Note is asks if you want to download the app from Zapable - they are the people who host the Gold In WA App - select "yes")

Pages on the GoldinWA App


A View of the GoldinWA App Menu Page 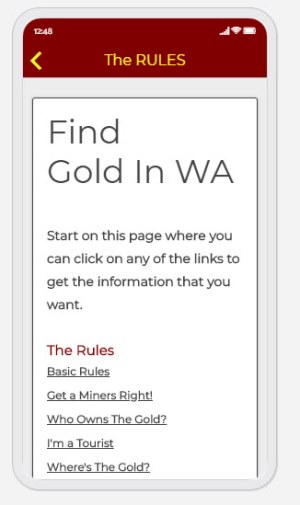 View the Goldinwa App on Desktop

Get the GOLDINWA app On Your Desktop 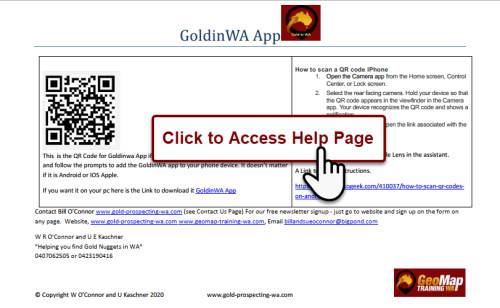 This Website is Continually Changing
So please bookmark us and come back regularly.
OR.. sign up for our egold newsletter to keep up to date with trends and knowledge about gold prospecting!

Home | About Us | Disclaimer and Terms of Use | Newsletter Archive | Sitemap